Sydney put on a brilliant weekend for the 11th Sydney Harbour Regatta hosted by MHYC, with clear blue skies, and winds in the 10-25knot range all weekend. With over 170 entrants it was a busy day on the water for crews and race officers alike.

The J/70 fleet got together for the one-design fleet with entrants from Pittwater, Botany Bay, both sides of the Harbour Bridge, with Peter coming up from Melbourne for the event. 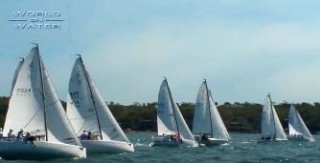 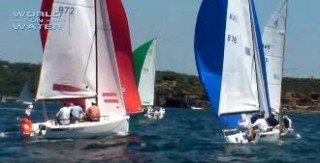 Tim Ryan and his crew in ‘James’ took 3 bullets on the first day, saying: “It’s great having more boats in the class; it’s the best boat I’ve ever sailed. We got a little in front, with everyone fighting out behind us. The races were very close and exciting. All the boats are going well, including the newer ones to the class and I think racing will be even tighter tomorrow”.

Day 2 and the fleet were ready to push ‘James’ to its limits, with Tim noting the others were getting progressively faster as the event wore on.

Over 1,100 J/70’s have been sold worldwide in 3 years, providing the opportunity for our local crews to compete in top class World regattas. The J/70 has proven itself to be an exciting, fun, competitive class.

Congratulations to all the J/70 crews, with ‘James’ finishing on 6 points, followed by Jester, with Juno and Y-Knot equal 3rd. Close behind were the crews from Grasshopper Unit, Java, Infinity and Javelin.

Call or visit at: